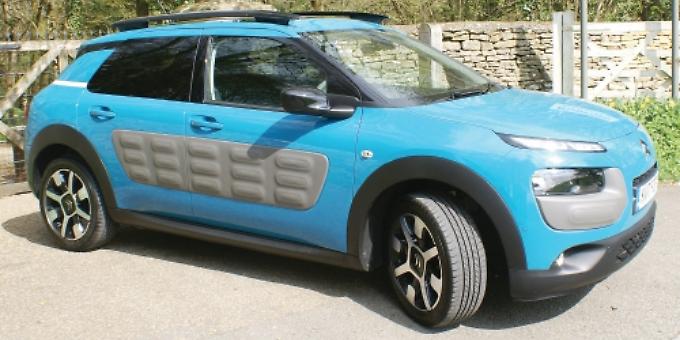 FAST becoming a favourite because of its individuality and originality, the Citroën C4 Cactus has available a new gearbox and a new special edition — the
so-called OneTone.

Fitted with a new EAT6 automatic gearbox, together with the PureTech 110 S&S (Stop Start) engine which the French carmaker says, combines for “fast, smooth gear-changing” and “comfort and driveability”.

The C4 Cactus OneTone special edition — a new option based on matching tones — is “aimed at customers looking for an even more elegant finish with fewer visual contrasts”.

The EAT6 gearbox features two specific programmes, accessible from the controls in front of the gear lever — a “Sport” programme for a more dynamic driving style and a “Snow” programme for easier start-up and increased traction in low-grip conditions.

The OneTone edition is based on matching tones, with a “sober” exterior and three-body colour, Airbump — the ingenious buffers on the side of the car to fend off everyday scrapes — and wheel colour combinations.

The special edition is available with the full range of equipment and features of the C4 Cactus.

The Cactus model I have been driving this week was the Citroën Cactus Flair Edition BlueHDi with a manual gearbox.

This was nicely turned out in Baltic Blue with Grey Airbumps. This is when you see the more luxurious side of the rather cheeky Cactus.

The Citroën C4 Cactus might be an acquired taste, but designers around the world have loved it.

The car won the 2015 World Car Design of the Year award at the New York International Motor Show.

The jury rewards the car that stood out in the course of the year, thanks to a design that “challenges the established codes and embodies a bold and innovative style”.

Linda Jackson of Citroën said at the time that the Cactus “forcefully represents the identity of our brand”.

She added: “This is what customers expect from Citroën and this is why we have been so successful for more than 90 years. And there are more surprises to come!” This major prize was the latest in a series of more than 30 international awards claimed by C4 Cactus since its launch.

The Cactus, then, is what you might call a rebel with a cause. Its latest TV ad campaign in France for the launch of the OneTone special series model has a surprising twist.

In the advert, the jury of a TV talent show welcomes a girl with an angelic face for an audition. And to everyone’s surprise, she belts out a hard rock song.

The rebellious message is that the Citroën C4 Cactus OneTone is “for those who don’t want to please everybody”.

Of course, in the end her family drives the little heroine away in the new model after the audition.

Now all this is firmly rooted in an imaginary world of TV ads that is hardly attainable to any of us.

Yet the Citroën C4 Cactus is one of those “Marmite” types of cars — you either love it or you loathe it. But there is no doubt it is a car with attitude.

And that Cactus “look” is infectious. In its first six months on the market, its little brother — the new Citroën C3 — has sold 100,000 units, making it Citroën’s top-selling model.

Further proof that this style of vehicle pleases some of the people a lot of the time — while the new C3 appeal itself has won more than 25 prizes awarded by the international press.