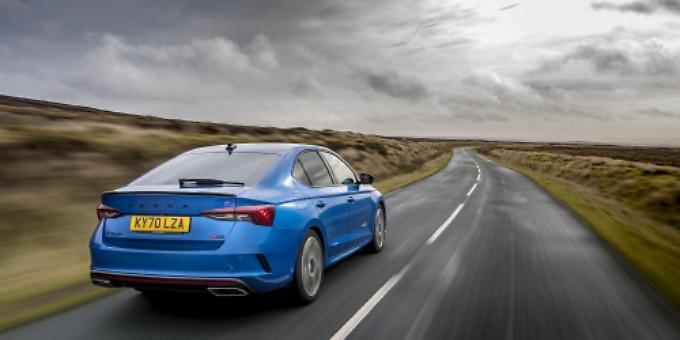 GENERATIONS of motorists have frequently been moved to ask the burning question: what makes the best family car?

Who then determines what makes a great family car? Well, the Škoda Octavia has been deemed to be the best family car around in 2021 in the Women’s World Car of the Year awards.

The decision came from an international jury consisting of 48 female motoring journalists from 38 countries.

Their verdict was based on safety, comfort, technology, value for money, quality, design, driving dynamics, and environmental impact.

The awards organisers made it clear that the objective was to choose the best cars of the year, “not ‘women’s cars’ because there is no such thing”.

Interestingly enough, the Octavia is neither a MPV nor an SUV but comes in the tried and tested shape of both hatch and estate models.

In fact, another big award came the Octavia’s way. The Octavia hatch was named best family car 2021 in the UK Car of the Year Awards. One judge, Alex Robbins, said: “In terms of fitness for purpose, the Octavia is probably the best car I’ve driven all year.”

Recently I reviewed the Škoda Octavia vRS Estate, a potent, spacious car that would fit the bill for any family.

Its cavernous load space (especially with the rear seats down) is not quite matched by this week’s drive, the Škoda Octavia vRS Hatch, yet the boot on the latter is massive in its own right.

The vRS models are of course the higher performing cars but the Octavia is offered with a choice of powertrains including plug-in-hybrid drive, mild hybrid, petrol and diesel engines.

As anyone who regularly uses his or her car to transport the family around, you know that the one thing you do need is plenty of interior space.

In the newly designed interior, the Octavia has a new two-spoke steering wheel, which can be heated as an option.

It comes with new control buttons and knurled scroll wheels, allowing drivers to operate a total of 14 different functions without removing their hands.

The redesigned modular dashboard has been arranged in different levels featuring a large, free-standing central display.

The centre console is uncluttered and has chrome details — as are the new door trims and handles.

There are new and soft-touch materials to the interior, while the LED ambient lighting indirectly illuminates the front doors, dashboard and footwells.

The driver can choose up to 30 colours and can assign a different colour to the dashboard and front doors than to the footwell. In addition, there is a selection of coordinated lighting scenarios.

Škoda’s Simply Clever features include for the first time in the rear two smartphone storage pockets on the front-seat backs.

There is a multifunctional storage pocket below the boot cover in both the Hatch and the Octavia Estate; the latter features an automatically retractable load cover. The storage compartment in the front doors features the familiar umbrella.

A funnel integrated into the lid of the windscreen washer tank is yet another new feature in the Octavia. The Octavia offers a choice of three infotainment systems from the latest generation with screens measuring from 8.25in to 10in. Some can be operated using gesture control or by voice via the Laura Škoda Digital Assistant.

The top of the range Columbus infotainment system can — for the first time — display the navigation system’s maps in a different level of zoom than the 10.25in Virtual Cockpit (standard on SE L First Edition).

This new function can be adjusted via an innovative touch slider located below the display, which can also be used to control the volume.

The fourth-generation Octavia offers buyers a plug-in hybrid version; the Octavia iV, along with range-topping vRS models, which can also be specified with an iV plug-in hybrid system.

The Octavia is Škoda’s best-selling model in the UK and across the world. The two “best family car” awards it has just won can only enhance its all-round appeal.