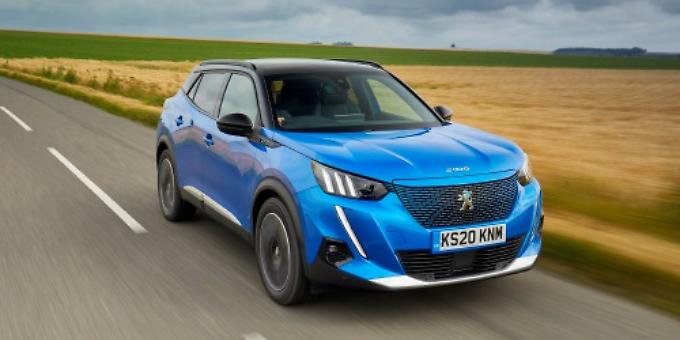 THE all-new Peugeot 2008 SUV has a lot going for it — including a positive take on what it means to be “environmentally friendly”.

At times overused, that catch-all term becomes meaningless unless it is backed up with real action that just might prove to make a difference in future.

Carmakers, of course, have been on their mettle because the global environmental lobby has been urging them to get greener for some years now.

The electrification of cars may spearhead this approach but there is also the question of the physical materials used to produce cars.

To this end, the Peugeot 2008 SUV (sport utility vehicle), this week’s drive, and the new Peugeot 208 have a shared production use of recycled and natural materials.

According to the French carmaker, both models contain on average around 30 per cent recycled and natural materials, which amounts to approximately 40 parts.

Throughout its present and future strategy of producing new models, Peugeot says it is committed to record levels of natural and recycled material use.

Of course for the motorist these hidden achievements are not instantly recognisable. Yet it has to be good to know that the makers of new cars are not only taking emissions seriously but also what is used actually to put together a car in the first place.

On the important issue of driveability, the new Peugeot 2008 SUV delivers on a number of fronts.

Firstly, its size means it could appeal to those not looking for a larger SUV, such as the larger members of the Peugeot SUV family — the 3008 and the 5008.

I actually think this Peugeot range of SUVs is one of the best around. I have driven all three in recent years, especially on long drives on the Continent. They are excellent all-rounders, but what stands out about the all-new 2008 SUV is its sharpness of design on the inside and out.

It is somehow smart and streamlined at the same time and the Cumulus Grey livery of the test car was a fine feature.

The 2008 SUV’s “flattened” shaped steering wheel and electric power steering made for excellent handling from the word go.

The interior in turn gives the driver and other occupants a feeling of comfort and security in a stylish environment. There is a kind of luxury here that you would normally associate with so-called prestige cars.

So in the test car, the lime green contrast stitching to the front centre console, door panels and dashboard facia and the eight-colour ambient lighting all added to a snug feel to the cabin.

The eight-speed automatic transmission added to the ease of passage from the car’s 1,199cc, fuel injection, turbo-charged petrol engine. This could whisk you up to a top speed of 129mph or take you from a standing start to 62mph in 8.2 seconds. All with comfort and ease.

I would like to have seen either an electronic tailgate or the handles placed in a position to give the motorist easier leverage when shutting the tailgate.

But I like the “piano keys” dashboard and the gloss black and chrome toggle switches that accessed the main functions of the vehicle and touchscreen.

Both the new 208 and 2008 SUV feature the latest-generation 3D Peugeot i-Cockpit with a compact multifunction steering wheel, a configurable 3D head-up display panel and either a seven-inch or 10-inch HD capacitive colour touchscreen.

The interior can also be personalised with a choice of eight LED mood lighting colours.

The car is available with a choice of four PureTech petrol engines, a BlueHDi diesel engine and a fully electric powertrain (which I hope to write about soon).

The all-new 2008 SUV was praised by Fleet News for its modern and distinctive styling, and high-quality interior.

I think that is key to the attraction of this car. That and the fact Peugeot is addressing green issues with regard to car production in a meaningful way.