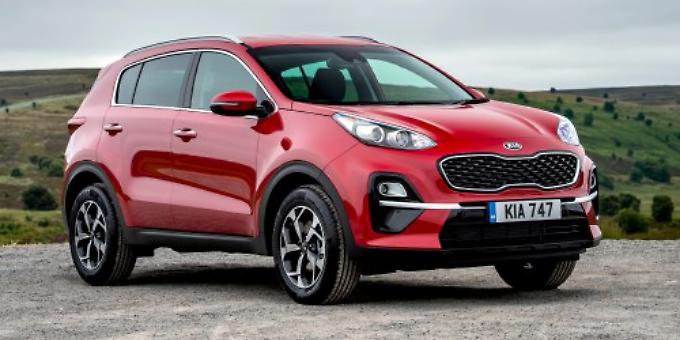 KIA is what I would call a “turnaround carmaker” because of the progress the Korean company has made in the past few decades.

But if Kia was once in the doldrums it has proved recently that it is totally committed to moving with the times.

The carmaker announced in 2020 that the company would offer 11 fully electric vehicles by 2025.

Meanwhile, this week’s drive, the Kia Sportage, has earned its place as one of the brand’s leading models.

The Sportage gained a range of enhancements in 2018 that helped make it Kia’s best-selling model in Europe.

Upgrades for 2021 included an engine range that complies with the latest Euro-6d RDE2 emissions regulations.

The car’s EcoDynamics+ 48-volt diesel mild-hybrid powertrain was the first mild hybrid to arrive as part of Kia’s electrification strategy.

Driving the Sportage this week, you can see just how it has earned its good reputation in Europe. This is a solid car that demonstrates excellent build quality and thoughtful design both inside and out.

I think a part of its undoubted appeal is the fact it looks and feels like a much more expensive SUV (sport utility vehicle). It is stable and feels safe to drive on motorways, while tackling country roads and byways with aplomb.

Nothing seems to faze the Sportage, which is just how it should be with any SUV. After all, this is a type of vehicle that could virtually go anywhere.

Perhaps it shows such attention to detail because three design studios were involved in the making of the fourth generation Sportage.

The three studios modernised the look of the Sportage in 2018, which featured a range of updates to its exterior design.

Changes extended to GT-Line models — I have been driving a GT-Line 1.6 T-GDi DCT AWD — feature a series of unique upgrades compared to other trim grades.

Changes to the GT-Line include a new design gloss black radiator grille, gloss black and silver skid plates, and dark chrome inserts on the front bumper and side sills.

The 19in alloy wheels of the GT-Line were redesigned, and all models are fitted with a dual exhaust rear valance and revised “ice cube” LED fog lamp designs.

The engine on the Sportage I tested was a 1.6 T-GDi (Turbocharged Gasoline Direct injection) engine that develops 174bhp at 5,500rpm, while the maximum torque is 265Nm from 1,500rpm to 4,500rpm (in plain English this gives the engine plenty of deep-down power). The Sportage accelerates from 0-60mph in 8.9 seconds (2WD manual) or a slightly quicker 8.8 seconds with the AWD 7DCT.

Sportage models equipped with the T-GDi engine are available with either front- or all-wheel drive, and a seven-speed Dual-Clutch Transmission (DCT) on all-wheel drive models.

You do get a firmer ride on GT-Line models, which can take a bit of getting used to. This is because this model features tuned suspension characteristics, which result sharper handling and a slightly firmer ride.

The infotainment systems have also been upgraded on the Sportage. A “frameless” 8.0in system with satellite navigation system is fitted to every model.

This includes Kia’s Connected Services, powered by TomTom as standard and offering a wide range of driving-oriented information.

The Kia Connected Services system has been updated in the Sportage to show drivers the price of fuel at nearby filling stations, as well as the location and real-time availability of parking spaces. A telematics system with UVO Connect Services became standard last year across the line-up.

All models in the Sportage line-up feature Apple CarPlay and Android Auto with voice control, as well as Bluetooth with music streaming.

A USB port for connection of an audio media device is provided in the front, and a USB charging port in the rear is provided on all versions.

Other available features in the Sportage include a wireless smartphone charger at the base of the centre console (standard on GT-Line S models), rear-view parking camera with dynamic parking lines (all grades), and a Smart Power Tailgate (fitted to the GT-Line S).

All models have Lane Keep Assist System (LKAS) to alert a tired driver who may be about to stray into the path of a vehicle approaching from behind; High Beam Assist (HBA) to switch between full and dipped beam automatically when there are other vehicles in their vicinity on unlit roads; and Speed Limit Information Function (SLIF) within the instrument cluster.

THIS weeks drive, the all-new Isuzu D-Max pick-up, feels like it means business — and that is ... [more]

EV drivers can save on cost of charging

ELECTRIC vehicle drivers could save £92 million a year by switching to a dedicated EV energy tariff,... [more]

BIG cars — and they don’t come much larger than this week’s drive, the new Land Rover Discovery — ... [more]