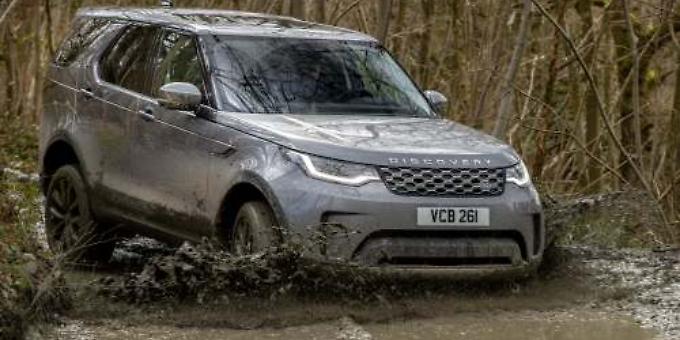 BIG cars — and they don’t come much larger than this week’s drive, the new Land Rover Discovery — are having to adapt to a rapidly changing world.

Engine-wise, this new Discovery had on board a powerful three-litre power-plant coupled to a mild hybrid electric engine.

And, overall, the new engine in the Discovery I tested worked a treat, giving better economy and lower emissions.

In fact for the Discovery, Land Rover has introduced a trio of new straight-six Ingenium engines, both petrol and diesel.

The straight-six engine family was designed and developed in-house and the advanced diesel is available in 249HP (183kW) and 300HP (221kW) outputs, while the powerful petrol delivers 360HP (265kW).

There is no doubt the engine in the test Discovery was a different animal to those that have powered the previous Discovery.

Meanwhile, this new powered Discovery with its generous design lines is a car that is sophisticated and packed with technology yet at the same time as tough as old boots.

I always think this is the attractive part of owning a Land Rover — any modern Land Rover — because underneath it all is that tough motor car capable of going anywhere.

As Land Rover says: “From its updated Terrain Response 2 system and software-over-the-air (SOTA) updates to its new Cabin Air Filtration, the new Discovery looks after customers like never before.”

Now for me there is a question you have to ask yourself before you commit to such a car. Do you want a car this big? If you do then the package is superb: the world’s first full-sized seven-seat premium SUV (sport utility vehicle) with RDE2-certified and Euro 6d-Final-compliant diesel engines; best-in-class 3,500kg towing capacity and Advanced Tow Assist take the stress out of difficult reversing manoeuvres; new Pivi Pro infotainment features large 11.4-in HD touchscreen and advanced connectivity.

The size of the car might be intimidating to some because at the wheel it feels very large.

But it is certainly manoeuvrable, with rock-solid on the road handling.

And if you are worried about size when parking, the new Discovery has warning systems that are “on watch” all the time.

Inside, the Discovery has a seven-seat layout, and a redesigned centre console houses its 48 per cent larger 11.4-in, full HD touchscreen, which provides a fast, intuitive interface.

The Pivi Pro system allows navigation initialisation in seconds, while the logical menus allow the most commonly used functions to be accessed directly from the customisable home screen, to reduce driver distraction.

Connectivity is provided by dual-SIM technology, with two LTE modems enabling the system to carry out multiple functions at the same time — such as streaming media and downloading software updates — without compromising performance.

Land Rover’s SOTA technology allows owners to update as many as 44 individual electronic modules, without the inconvenience of visiting a retailer.

In combination with the 12.3in Interactive Driver Display, the Discovery has high-definition 3D mapping within the instrumentation, leaving the central touchscreen free to control other applications.

The high-resolution digital instruments can be configured to show a pair of conventional dials, full-screen 3D navigation guidance or a combination of the two, allowing drivers to customise the view to suit their preference.

In addition, customers have the option of a full-colour Head-Up Display, putting high-resolution driving information directly into the driver’s eyeline, removing the need to look away from the road ahead.

Smartphone integration is also simple, thanks to Apple CarPlay, while the advanced Bluetooth technology can connect two smartphones simultaneously.

Android Auto is available as standard and wireless charging with signal boosting technology is also available as an optional extra.

All in all this new Discovery with its range of new engines is a triumph for Land Rover.

Part of me worries about the future of these large SUVs, which I like driving. But then Land Rover shows with this car that it has the technology and knowhow to go forward positively to face the coming challenges of a new era of motoring.

THIS weeks drive, the all-new Isuzu D-Max pick-up, feels like it means business — and that is ... [more]

EV drivers can save on cost of charging

ELECTRIC vehicle drivers could save £92 million a year by switching to a dedicated EV energy tariff,... [more]

BIG cars — and they don’t come much larger than this week’s drive, the new Land Rover Discovery — ... [more]

Volunteers - CCF We are looking for enthusiastic and committed adult volunteers with military experience to join our ...