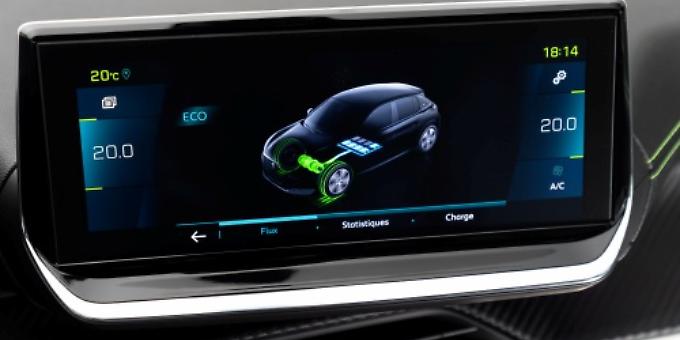 THE Peugeot 208 has been with us since 2012 when it was launched at the Geneva Motor Show.

This supermini soon became a favourite with buyers owing to its compact size and flexibility.

But the car’s development did not stop there. The second generation Peugeot 208 was unveiled at the Swiss motor show in March 2019.

Meanwhile, there was mega-pressure on carmakers to go fully electric. So at that same show in 2019, Peugeot launched its fully electric version of the 208, named the e-208.

And the e-208 has just won the vehicle of the year award at the 2021 Greenfleet Awards.

This was an industry-based award, but it takes nothing away from the fact that the e-208 has made a big impact on both fleet and private buyers.

Make no mistake the battle to produce big-selling fully electric cars is now in full swing and we can expect to see a lot more EVs on dealers’ forecourts.

Greenfleet said the e-208 has made the biggest impact on the UK fleet sector this year.

The e-208 was named the inaugural category winner having impressed both industry experts and fleet customers with its “excellent range, affordable running costs and a stylish design that helps it stand out on the road”.

The e-208 was the first of a new generation of fully electric vehicles launched by Peugeot, which says it will provide electrified variants of each model in the range by 2024.

Peugeot managing director Julie David said: “The e-208 has been incredibly popular since it first launched and has served as a base for our increasing developments with electrification.”

When I first drove the e-208 back in 2020 I found that the interior mirrored that of more expensively kitted out cars. The gear lever was satin chrome, and the piano keys — gloss black plated toggle switches to access main functions of the vehicle — were smart and handy.

Intuitive driving comes naturally with the compact multifunction steering wheel, the configurable 3D head-up display, the large 10in touchscreen and the seven “piano key” toggle switches. Customers can also personalise their interior environment with a choice of eight LED colours.

This city car gives you the freedom to choose a petrol, diesel or electric engine. Of course, if you do not wish to drive a fully electric car yet then Peugeot offers you a choice of petrol and diesel engines for the 208 that are also equipped with a Stop & Start system.

There is no shortage of champions for the e-208. New for 2021, the “Erin Baker” award is determined by AutoTrader’s editorial director Erin Baker, with vehicles judged on how well they combine their sustainable credentials and design in an overall package.

Baker is apparently an electric car convert, so it’s little surprise to find out her choice was battery-powered. I think this should give some comfort to those who are unsure about electric cars.

“The best cars out there this year combine sustainable credentials with cool design in a smart package,” she says. “The car I’ve chosen as a standout success in 2021 has sporty, chunky, exterior styling and a subtle, beautiful interior. It’s electric, which means low running costs, but it doesn’t leave you with range anxiety thanks to a healthy range on one charge.”

Baker’s choice was the Peugeot e-208. She is worth quoting because she can put some perspective on the minefield of the EV market.

Baker says: “There may be fancier-looking electric superminis out there but the
e-208 is more than stylish enough to cut it around town, while the officially recorded range of 217 miles is plenty to get you where you need to go and significantly better than many of its direct rivals.

“I adore the innovative 3D swirling graphics behind the steering wheel as well as the restrained grey fabric and dashes of colour. It’s reasonably priced, with low running costs and is oh so easy to park.”

Suffice to say, I couldn’t have put it better myself.