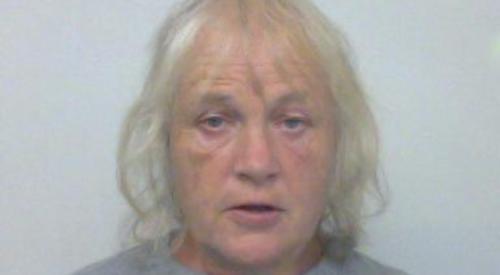 A WOMAN has been jailed for five years for stabbing a trainee vicar in Benson with a vegetable knife.

It happened as Miss Kearney was preparing to drive Martin home on October 13 last year.

She suffered a laceration to her neck, several cuts to her hands and one deep cut on her right ring finger which has caused permanent nerve damage.

She managed to get out of the car and ran to a charity shop in High Street to get help.

Martin was arrested several minutes after armed police arrived and set up a cordon.

Miss Kearney, who is in her sixties, was taken to the John Radcliffe Hospital in Oxford.

The court heard that Miss Kearney had been providing Martin with “some degree of church-related comfort” as part of her training to become a vicar and had been visiting her weekly for about two months.

On the day of the attack, they met in Wallingford and then went to a café in High Street, Benson, so they could talk. They talked about their families, the covid-19 restrictions and the impact of the pandemic on people’s lives.

Miss Kearney explained to Martin that some of their future contact would have to be over the phone rather than in person and Miss Martin “didn’t react to this”. They then left the café and returned to the car.

John Upton, prosecuting, said: “Miss Martin got in the front passenger seat and Miss Kearney got in the driver’s seat and as Miss Kearney was getting ready to move the car, Miss Martin started pummelling her in the head, face and hands. Initially Miss Kearney thought Miss Martin was using her hands until she looked down and saw her own hands were covered in blood and noticed Miss Martin had a knife.

“She tried to restrict her hits but was unsuccessful and Miss Martin continued to strike and stab her.

“Miss Kearney realised she had to get out of the car and understood that if she didn’t she would be seriously injured or could be killed.

“She got out of the car and stumbled into a nearby charity shop and said she had been stabbed by someone she knew and she needed help.

“As Miss Kearney was waiting with the witnesses in the shop, she saw Miss Martin walk past into the centre of Benson.

“The police arrived and Miss Kearney named Miss Martin as the person who stabbed her and Miss Martin was arrested several minutes later.”

The court heard that Martin was carrying the knife as she had been pruning roses in a friend’s garden prior to the meeting.

Mr Upton said Miss Kearney was grateful that she had been able to write her own victim impact statement instead of her family having to do it if she had been killed, adding: “She thought she would die on that day.”

He continued: “Miss Kearney felt some anxiety about meeting Miss Martin weekly due to her husband’s health issues but as a Christian she wanted to help. During the summer she started to take her out from Wallingford to garden centres and normally bought her a sandwich and a coffee or a little gift.

“She said Miss Martin was an anxious person but she never felt unsafe with her.”

For the first few weeks after the attack, Miss Kearney had started to shake violently for no reason and she now double-checked doors and windows were locked, which wasn’t like her.

Mr Upton added: “Her right finger now has no sensation and she can’t type as well as she could, which she is worried will affect her touch typing during her training.

“She had her clothes taken from her in hospital and her body was photographed to check for other injuries, which was a traumatizing experience for her in itself.”

In her statement, Miss Kearney said: “If she could do this to me, someone who cared for her, what could she do to someone who crosses her or to a child?”

The court heard that Martin had two previous convictions for violence but they were of a “completely different degree” and dated back many years.

Lyall Thompson, mitigating, said that Martin has been diagnosed as having an emotional and unstable personality and had told her GP surgery the day before the attack that she wanted to kill herself.

He said: “It’s very clear that this was a call for help and there is no suggestion that the attack was planned.

“Without the pressure on the NHS, there would have been more opportunity for her to get the assistance she needs with her mental health. Her friends feel very let down that she couldn’t get this assistance.

“Her friends also painted a picture of what type of person she is. She is a good person, a kind and loving person, normally, and this is out of character.

“There’s no real suggestion that the actions were motivated by ill-thinking towards Miss Kearney.”

Hilary Mackintosh, a friend of Martin’s, told the court: “She tried to get mental health help. She called the GP multiple times a day and was told she could only call once a week.

“I’ve heard her say she wants to go to hospital and she has said that she has taken an overdose in the hope she would be taken to hospital.”

Mr Thompson said: “It’s not appropriate to deal with her under the Mental Health Act and she doesn’t meet the criteria.

“She has spoken to two psychiatrists to see if she needs to go to a mental hospital.

“There’s no doubt she has found custody challenging and she wants to be transferred to a hospital but the doctors take the view that her health does not warrant this.”

Sentencing, Judge Recorder Elroy Claxton told Martin she could have been looking at a prison sentence of up to nine years.

“I have to consider the seriousness of the offence and the effect on Miss Kearney, the trauma she still suffers and the scars she bears.”

Martin was also made the subject of a restraining order, which prevents her from contacting Miss Kearney or attending any church services where she is present, for six years.

She was also ordered to pay a £170 surcharge upon her release.