Country estate being sold as the complete package 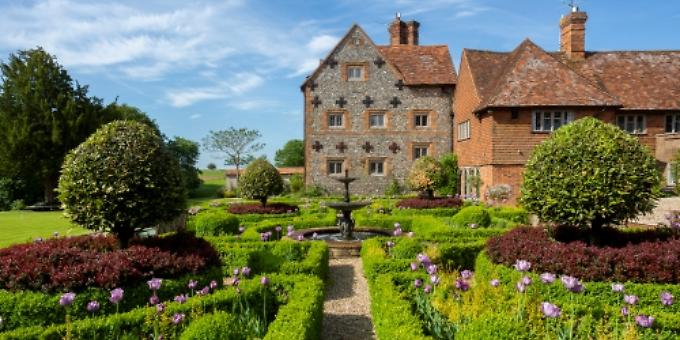 A WORKING 478-acre country estate in the heart of the Hambleden Valley is on the market with Knight Frank and Simmons & Sons.

The Burrow Farm Estate is home to 14 residential properties in all, the majority of which are rented out, along with 11 commercial units located in and around Rotten Row Farm.

With a mixture of parkland, pasture, arable and woodland, the estate is also home to a well-established pheasant and partridge shoot.

The estate was purchased by insurance broker David Palmer in 1978 and has been managed by Simmons & Sons ever since.

But following Mr Palmer’s death in September 2019, it is now on the market for the first time in 43 years.

Jonathan Greaves, rural partner at the Henley branch of Simmons & Sons, has overseen the running of the estate for the past 15 years and says it is being offered for sale as a whole rather than being broken up into separate lots.

He said: “It really is a cracking estate, with a substantial commercial and residential portfolio that’s producing a very attractive rental income.

“We manage the residential and commercial property portfolios on the estate together with the agricultural, forestry and shooting elements of the farm.

“Simmons & Sons service’ includes the running of the estate and farming accounts as they do for several other estates in Buckinghamshire and Oxfordshire.”

In addition to its working aspects, the Burrow Farm Estate was home to the Palmer family for many years.

Mr Palmer, who was well known in the Hambleden Valley, was the chairman of insurance brokers Willis Faber from 1982 until his retirement in 1988.

He then chaired the British Insurance Brokers Association from 1988 to 1991.

In 1993 he served as High Sheriff of Buckinghamshire and was later appointed deputy lieutenant of the county.

A long-time sponsor of the Henley Show, he served as the event’s president in 2006.

At the heart of the estate is Burrow Farm House, a Grade II listed manor house that was constructed over three different periods — the earliest being the 15th century Tudor wing.

This is connected to a 17th century brick and flint addition and another wing that was added after the Second World War.

“There is also the large open-plan kitchen and breakfast room and study beyond. The house has excellent bedroom accommodation with a large principal bedroom suite, six further bedrooms, three of which are en suite, and two further bathrooms.

“Adjacent to Burrow Farm House is the impressive party barn which is also Grade II listed and is believed to date back to the 15th century. Not only a striking building, it offers a huge entertaining space, with the main room extending to 65ft.

“At the far end of the barn is a two-bedroom annexe with an open-plan kitchen and sitting room. There are also immaculate terraced lawns and formal gardens to the south east of the main house, with wonderful views through the wooded valley below.

“To the north of the house is an enclosed swimming pool area with a further hedged garden beyond, surrounding the tennis court, rose and kitchen gardens.”

Also just to the north of the main house is a second house with four reception rooms, eight bedrooms and four bathrooms.

Despite its name, Burrow Farm Cottages is one property and like its neighbours is Grade II listed. It has its own gardens and grounds, complete with topiary hedging, lawns, a summer house and a swimming pool with pool house.

Mr Greaves said: “The property works brilliantly as a secondary house for family members or guest accommodation. It also has the potential to produce a significant rental income for the estate.”

Ahead of the decision to offer the estate for sale, another area of potential that has been explored is the possibility of extending Burrow Farm House, which currently totals 6,414 sq ft.

Mr Greaves said: “We have sought the advice of a planning consultant and architect on the potential extension of Burrow Farm House, which could create an addition of approximately 4,000 sq ft.

“This would be a two-storey extension to the east façade of the house to accommodate an open-plan kitchen/living room on the ground floor with bedrooms above linked to the original house.”

He added that while the proposal is subject to planning permission and listed building consent, the advice received from both the heritage consultant and the architects, Henley-based Spratley & Partners, had been positive about the prospects for an extension.

Upstairs, there would be no set increase in the number of bedrooms, with the future owner being able to design their own layout, should they wish.

Under the present owners, no structural alterations have been made to Burrow Farm House.

Mr Greaves said: “The estate properties have been maintained to a very high standard and both Burrow Farm House and Burrow Farm Cottages are in impeccable condition.”

Looking at the estate as a whole, he said: “The diverse income streams and magnificent location within the super prime Hambleden Valley is just so incredibly rare.”

The price of Burrow Farm Estate is available on application.

A short online video giving an overview of the estate, including footage of the new drive leading to the main house, is available to view at www.vimeo.com/
566228158/d3ebe9109e