Journey of discovery can at last be shared 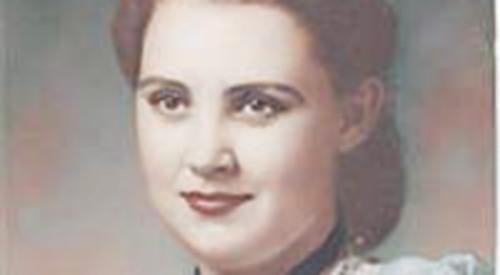 THE story of a woman who solved an astronomical mystery in Homer’s epic poems that had eluded the poet Keats 100 years earlier is to be recounted by her granddaughter at the Kenton Theatre.

Edna Leigh was born in Kansas in 1916. Her story takes us from the dust bowl of the Great Depression of the Thirties on a dramatic journey across the Atlantic to post-war England.

This ordinary woman made a series of extraordinary discoveries after stumbling upon a mystery in Homer’s Odyssey and decoded a hidden meaning that had eluded all previous scholars.

Her conclusion was that considerable knowledge of astronomy and calendar-making was embedded in both The Iliad and The Odyssey as an extended metaphor.

Edna kept her findings a secret throughout her life but left her papers to her daughter, Florence Wood, who together with her husband Kenneth wrote the books Homer’s Secret Iliad and Homer’s Secret Oydssey.

Now Edna’s granddaughter Carol Florence Graham, accompanied by the musician and composer Simon McCorry, is sharing the fascinating story of her family’s discoveries.

The show, called Watchers of the Skies after the famous line in Keats’s 1816 sonnet On First Looking into Chapman’s Homer, combines her account of Edna’s journey with poetry, astronomy and a live cello soundscape.