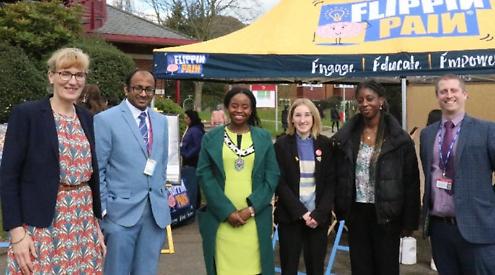 A conference about pain was was held at Queen Anne’s School in Caversham. More 150 students attended the event, which was particularly aimed at young people with medical aspirations. Hosted in partnership with the department of pain medicine at the Royal Berkshire Hospital in Reading and public health campaign Flippin Pain, the conference discussed the advancements in medicine, physiotherapy and psychology in tackling pain.

According to recent studies, one in five schoolchildren in Britain is affected by pain in their daily lives. Joanna Adeoye, a sixth form student at Queen Anne’s, who has been offered a place to study at Cornell University in America, said: “It was really interesting to see pain from a social and psychological perspective instead of the biological phenomenon it is often represented as. The conference really aligned with my interests in public health.”