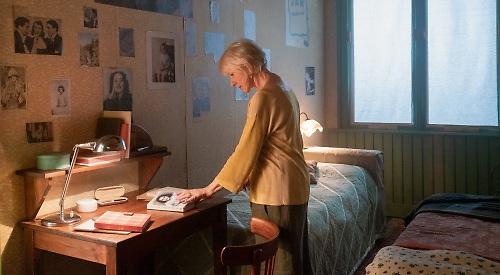 WERE Anne Frank still alive today, she would be 90 years old.

The reason we do not know exactly when she died is that she and her older sister Margot perished in the Bergen-Belsen concentration camp, having previously passed through Auschwitz.

It is thought likely that the sisters died of typhus, but we do not know because the Nazis — although meticulous record-keepers in all other respects — did not want the wider world to know about the death camps’ existence.

Fortunately for our knowledge of the sisters, it later emerged that Anne had kept a diary, which had been saved by her father’s secretary, Miep Gies, who was one of the Dutch citizens who had previously helped hide the family and four other Jews in an annexe above Otto Frank’s business premises in Amsterdam.

As people around the world prepare to mark Holocaust Memorial Day on January 27 — the date in 1945 that Auschwitz was liberated — we are left to reflect that these events took place within what is still living memory. We are also left with questions such as what would Anne’s life have been like had she survived Auschwitz and Bergen-Belsen?

What would have happened to the hopes and dreams she wrote about in her diaries? What could she have told us about persecution, about the concentration camps? How would she have interpreted the reality of today, the rekindling of antisemitism and new racism?

While these questions are in a sense unanswerable, a new documentary starring Oscar winner Helen Mirren, Anne Frank: Parallel Stories, sets out to tell the story of Anne’s life with readings from her diary.

This emotive telling is entwined with the stories of five Holocaust survivors — Arianna Szörenyi, Sarah Lichtsztejn-Montard, Helga Weiss and sisters Andra and Tatiana Bucci — who shared Anne’s same fate of deportation, suffering and were denied their childhood and adolescence, but were fortunately able to go on and live the life that Anne was denied.

In addition to insight from historians and professors, Martina Gatti, one of the thousands of today’s teenagers who feel close to Anne, guides the audience through some of the key places in Anne’s short life, as well as those of the survivors.

She wants to know about the story of the Jewish teenager who became a symbol of the greatest and most appalling tragedy to befall the 20th century.

The film is showing at Henley’s Regal Picturehouse cinema on January 27, 28 and 30.