Upstairs-downstairs drama is a class act 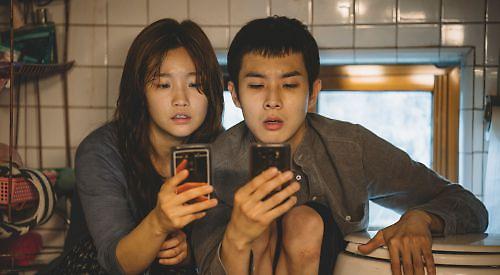 GET ready for what is arguably going to be the cinematic event of the year. (Yes, really.)

Parasite is a dark comedy thriller from South Korean auteur Bong Joon-ho, whose previous films include The Host (2006), Snowpiercer (2013) and Okja (2017).

Co-written with Han
Jin-won, his latest offering follows the members of a poor household who scheme to become employed by a much wealthier family by infiltrating the household and posing as unrelated, highly qualified individuals.

Parasite premiered at the Cannes Film Festival in May last year, where it became the first Korean film to win the Palme d’Or and the first unanimous winner since 2013’s Blue is the Warmest Colour. It went on to become the third highest-grossing film in South Korean box office history and the highest-grossing Palme d’Or winner in France and Australia — outdoing Pulp Fiction in the process.

Described by Bong himself as “a comedy without clowns and a tragedy without villains”, the film moves quickly from one tone to another, mixing pathos and satire with thrills and drama.

A vertical story of class struggle — punctuated by staircase scenes going from mouldy basements to top floors, from darkness to breezy spaces designed by star architects — Parasite observes and dissects with surgical precision the life of two families of different social backgrounds.

Ki-taek (Song Kang-ho) is a good-for-nothing, unemployed family man, patriarch of a family of grifters — his wife Chung-sook (Chang Hyae-jin), his clever twenty-something daughter Ki-jung (Park
So-dam), and his son
Ki-woo (Choi Woo-shik) — who live in an overcrowded, sordid basement.

The Parks, on the other hand, live in a fabulous house with their teenage daughter Da-hye and terribly spoiled son
Da-song, who has suffered a childhood trauma that occasionally causes him seizures and strange behaviour.

When, due to an unexpected stroke of luck, Ki-woo is hired by the Parks to be the private English tutor of Da-hye, the destinies of the two families cross.

Their explosive meeting exposes the merciless evils of class inequalities, culminating in a powerful and utterly original outcome.

For every callous misfortune that befalls the protagonists, there’s a glimmer of mystery or a comedic triumph that lifts the spirits both on screen and off.

• Parasite is showing at the Regal Picturehouse cinema from today (Friday).