Tinder is the night for today’s Emmas 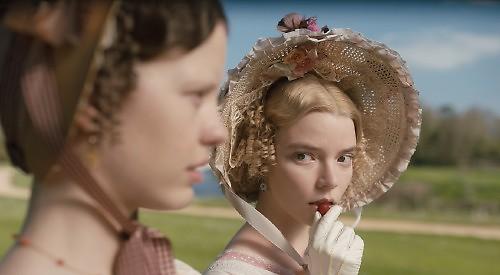 PERHAPS the most spirited and witty of all Jane Austen’s heroines, Emma Woodhouse has long resonated with cinema audiences and her imminent return to the big screen is one of the most anticipated films of the year.

For some of us, it may not seem all that long since a pre-Goop Gwyneth Paltrow was charming film fans with her 1996 turn in the role.

But that was then, and in the era of Time’s Up the timing of this new take on Emma could scarcely be better.

Austen’s tale centres on a young woman who knows her own mind and refuses to conform to the social norms of the day.

It’s also about a girl who tries to fix up her friends and apply her matchmaking theories to the dating game — something the Tinder generation will surely relate to all too readily.

But then, women and men have been relating to Emma since 1815.

On first reading the book, Austen’s contemporary Susan Edmonstone Ferrier wrote to a friend that, “Emma is excellent; there is no story whatever, and the heroine is no better than other people; but the characters are all true to life and the style so piquant that it does not require the adventitious aids of mystery and adventure.”

By focusing on that character, wit and wisdom, and giving it an edgy spin, director Autumn de Wilde’s adaptation follows in the tradition of recent period dramas like The Favourite.

Not that the film’s literary credentials are exactly lacking, with the screenplay having been written by New Zealand novelist Eleanor Catton, whose second novel The Luminaries won the 2013 Man Booker Prize.

She has all the spark, charisma and withering looks needed to bring a contemporary spin to the woman Jane Austen called “a heroine whom no one but myself will much like”.

At the same time, with her background as a photographer turned filmmaker who made her mark with a fashion film series for Prada starring Elijah Wood, de Wilde promises an Austen adaptation whose look is distinctly different to anything audiences have seen before.

Emma is showing at the Regal Picturehouse cinema from today (Friday).