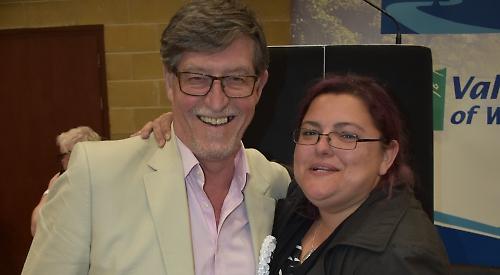 THE Conservatives lost control of South Oxfordshire District Council as they suffered a backlash from voters over Brexit.

They lost 23 seats and a number of experienced councillors in the elections on Thursday last week, costing the party its overall majority.

The council had been led by the Tories for 37 of the 45 years since it was formed.

The results were in line with the national picture with the Conservatives suffering their worst local elections in 25 years and Labour, which is also divided over Brexit, also losing seats to the smaller parties and independent candidates.

The Liberal Democrats, who are now the largest party with 12 seats, are expected to run the hung council with the Green Party, which won five seats having previously had none.

Both parties oppose Brexit and agreed before the election to work together. They have also opposed the council’s new Local Plan, which was passed in December but still faces independent examination.

The Tories, who now have 10 seats, lost their two seats in Henley to Henley Residents Group, which also retained the other ward seat.

David Turner, leader of the Lib-Dems, said he was delighted the party had gained 10 seats.

He said: “At the moment we are trying to put together a coalition with the Greens, Henley Residents Group and the Labour Group, which would give a good working majority.”

A meeting with representatives from the parties is expected to take place in Benson tomorrow (Saturday).

Cllr Turner, who represents Chalgrove ward, has opposed plans for a 3,000-home development at Chalgrove Airfield, which has been included in the Local Plan.

He said: “I think there are difficulties with the plan which has been submitted.”

Thirty-six seats were contested in the election. The Lib-Dems won 12, up from two, the Conservatives took 10, the Green Party won five and Labour, HRG and independent candidates each took three.

One of the biggest shocks came in the Benson ward, where Conservative Felix Bloomfield, the council’s deputy leader and planning chairman, lost his seat.

He came third behind the Liberal Democrat incumbent Sue Cooper and Green Party candidate Andrea Jane Powell, who were both elected.

Councillor Cooper said: “People are fed up with the Tories. The most amazing result is losing Felix Bloomfield, who was in cabinet for planning. The Local Plan is the big divider because of the excessive number of houses that the councillors are insisting on putting in. It is awful.

“During the election we agreed to work with the Greens. A lot of people, especially women, said ‘what a good idea’. They liked to see us working together instead of fighting each other.”

Cllr Cooper, who won a by-election in June, added: “I will try to work hard for my ward and when people raise issues I will try to do something for them.”

Councillor Powell said: “It’s a terrific result and certainly a reflection of the national mood. Overall I think people were voting for positive change.

“I think people were very pleased that we were working in partnership with the Lib-Dems. That was very much a local arrangement and we felt it was giving a strong message to the community and others that we could work collaboratively and do things differently. We have a lot of common areas and priorities.

“Each party group needs to work out its own priorities before we decide how we work together.

“I think what we want to focus on is obviously the developments. There’s a lot going on in the area. We need to make sure that whatever is built is appropriate.”

Cllr Powell said she wanted to make sure housing was affordable, local services were protected and that the council tackled environmental issues.

The Lib-Dems ousted another Conservative in the Goring seat with Maggie Filipova-Rivers beating Kevin Bulmer, cabinet member for corporate services.

Mr Bulmer, who is chairman of Goring Parish Council, said: “It was all about Brexit — that was the message on the doorstep. They were primarily voting for independents or the Lib-Dem and Green alliance. I can’t say I approve from a democratic point of view.

“We have done quite a solid job for South Oxfordshire District Council but it has just been totally overwhelmed by the national picture.”

Councillor Filipova-Rivers said: “I feel very honoured to have been elected. We are very excited as a party to have made such gains. We have got so many new ideas.

“In Goring, my hope is to make it a really close-knit community that works together to heal some of the divides that exist nationally. We have also got quite a lot of work to do on the Local Plan and we have made some promises regarding that.”

She said she wanted to make Goring more accessible to families and make life easier for people with disabilities.

She will organise a councillor surgery in order to establish the needs of the community. Cllr Filipova-Rivers said: “As someone who is very new to local politics, this is a time for listening.

“Kevin is a very decent man and he has done a lot for the community.  I will continue to work with him in Goring because he is a county councillor and chairman of the parish council.

“By having discussion and debate, we can achieve greater outcomes. I look forward to that.

“When you have a Tory-dominated district council and county council there’s no disagreement and no room for discussion to evaluate options.”

Conservative David Bartholomew, who was already an Oxfordshire county councillor, was also elected.

Councillor Rawlins, who was already a Sonning Common parish councillor, said: “I’m absolutely delighted and just very pleased that people have trusted me with their vote.

“I think we have got the basis for changing the Local Plan. That so desperately needs to be changed.”

Councillor Harrison, who had served since winning a by-election in 2004, blamed the Government for the Tories’ poor showing.

He said: “The main thing was Brexit and not being able to deliver it. Conservatives either went out to vote for an independent or didn’t bother to vote at all. It was fully the political situation in the country and nobody being able to come to an agreement on what leaving Europe is all about.

“Sonning Common had a good turnout but the other villages didn’t, which is an indicator. We have a very strong Tory base outside Sonning Common. That indicated to me that the Conservatives were not coming out to vote.”

He said no one had asked him about the Local Plan while he was canvassing and that it would not affect the ward unless it was rescinded by the coalition.

This was vacant following the resignation of Conservative Robert Simister in January in protest at the suspension of several colleagues who had voted against the Local Plan.

Councillor Dragonetti, who is chairman of Goring Heath Parish Council, received almost 65 per cent of the vote, well ahead of his nearest rival, Conservative Domenic Papa. He said: “I’m very pleased. It shows that people are more interested in the local candidate than applying national politics to these situations.

“Overall I think the results indicate a strong showing for the Liberal Democrats and Green Party. It shows there has been quite a rejection of the major national parties due to what is going on at Westminster.”

Cllr Dragonetti said his record as parish council chairman had helped him win.

He said: “It demonstrates my interest in whatever goes on locally. I have done loads of things over many years.”

The Conservatives managed to hold on to the Watlington ward, where Anna Badcock, cabinet member for legal and democratic services, beat Liberal Democrat Steph Van de Pette by 37 votes.

The Conservatives also won a seat in Woodcote and Rotherfield ward with former Henley mayor Lorraine Hillier, who is the outgoing chairman of the council.

The other seat went to Green Party candidate Jo Robb.

Councillor Hilllier, who was also re-elected to Henley Town Council but not as a Conservative, said: “I’m absolutely delighted as it was really hard work. I feel very sorry for my colleagues who lost their seats because I know everyone put in a lot of effort.

“Unfortunately, on the day it was the national issue: it was all to do with Brexit. There were quite a lot of spoilt papers.

“I think it was a well-run council under the Conservatives. It is very sad to not be with the colleagues I have worked with for the last four years and I am particularly sad to be in opposition now. None of us expected it to be so negative for the Conservatives.”

Councillor Arlett, the current Deputy Mayor of Henley, previously served on the district council for 12 years.

The defeated Conservatives were Will Hamilton, Laurence Plant and Emma Levy. The first two were re-elected to the town council.

The Conservatives had held two seats with Joan Bland, who decided not to stand again, and Cllr Hillier, who was not chosen by the local party to stand again.

Cllr Gawrysiak, who is also a county councillor, said: “I think we have been enormously successful because we work very hard for the town. We will continue to work hard and make sure that the best interests of Henley are put at the forefront.

“We would like to thank all of Henley Residents Group for their fantastic work on this campaign.”

All of Labour’s seats were won in the Didcot South ward.

Henley Conservative MP John Howell said: “It’s clear that national issues played a part. Among those, Brexit played a significant part in the way people voted and the fact people didn’t vote at all. It was not just Brexit, but the sacking of Gavin Williamson on the eve of the polls.

“We have to look at the activities of South Oxfordshire District Council. My inbox was full of complaints about the Local Plan and about the amount of housing. I am sure there will be a lot more analysis.”

The count took place at the White Horse leisure centre in Abingdon on Friday.