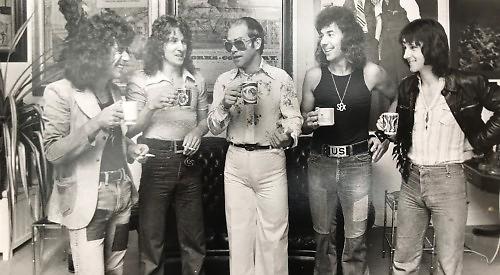 DAVID WHITE passed away peacefully on November 4 after a short illness with his son Andy by his side.

During his long life as a press photographer, David covered every major news event within the Thames Valley.

Tragically, both his parents died in a car accident when he was just starting his career in the world of news and media.

It was not long after this that David married Joyce, his wife of nearly 60 years. They had sons, Andy and also Richard, who sadly died just a few days before his father.

David started his career as an office boy and reporter for the Berkshire Chronicle but was soon to be headhunted by the Reading News Agency, where he learned the tools of his trade.

He started out with an American “speedgraphic” camera weighing almost as much as he did.

After a brief period doing wedding and baby photography with Reading company Walton Adams, David soon realised that the exciting world of press photography was where he was meant to be.

In 1958 his photograph “The Le Touquet Fishwife” was published in the Photography of the Year book, which gained him recognition at a young age among the world’s photographers of that time.

It was also around this time that David started Reading Judo Club, having been a keen participant in the sport for many years and becoming a black belt.

David continued to cover all the major news stories within the Thames Valley throughout the Sixties, Seventies and Eighties and became well known within the pop and celebrity world.

He became close friends of bands such as the Tremeloes and the Bee Gees as well as of Diana Dors, Diana Ross and Billy Smart.

David also worked on many exclusive stories for the Daily Mirror, where he worked on the night desk for many years. These included the Kray twins and coverage of the Brixton riots and the Profumo affair.

He also started Reading’s leading photograph and news agency, White and Reed, which covered the likes of Princess Diana on many occasions. In his later years, David became one of the lead photographers for IFAW, regularly to be found on the ice floes of Prince Edward Island in Canada photographing baby seal pups in minus 40 degrees, again with celebrities, such as M*A*S*H actress Loretta Swit at his side.

David was known to many in the industry as the gentleman of the press, one of the old school.

He is survived by his son Andy and will be sorely missed by his many friends and family, including his grandchildren and great grandchildren.

His funeral will be held at Reading Crematorium at noon next Friday (December 6). All who knew David are welcome to attend.