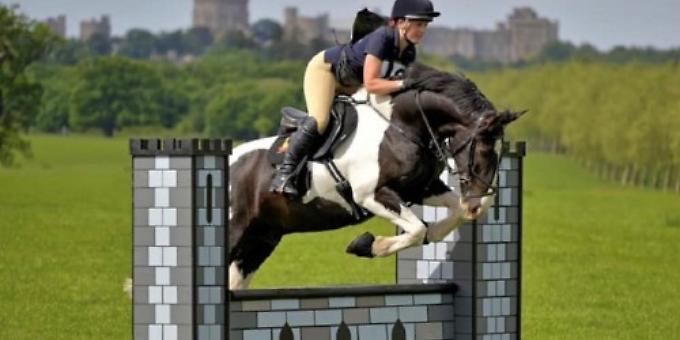 RIDERS for the Royal Windsor Fun Ride are already filling the 700-odd spaces.

Now in its fifth consecutive year, riders on horses of all shapes and sizes from all over the country will tackle a 10-mile course around the Royal Windsor Great Park, including about 40 jumps and a water crossing and enjoying access to areas not normally available to horseriders.

Amanda Stewart, from Woodcote, and her events secretary Sinead Archer, who also lives in the village, have now opened up entries and are already closely watching the weather as this year’s event is running nearly one month earlier on May 2 and 3.

Amanda’s team, which is helped by a team of about 50 volunteers, said: “The ride has grown hugely since its first year and two years ago we introduced a ‘castle’ jump that is positioned in front of Windsor Castle. The jump is staged in three heights so that it is welcoming to competition horses and children’s ponies alike.”

Riders such as BBC Question Time host Fiona Bruce have previously joined in the fun.

The ride fetches a significant amount of money for charity and this year’s chosen charity is the Prince’s Trust — charity no 1079675. For online entries, visit www.horsemonkey.com

“IT is generally speaking always so much better to pick a local firm when maintaining or updating ... [more]

Landscaper can tackle any job in garden

Experienced landscaper can tackle any job in your garden