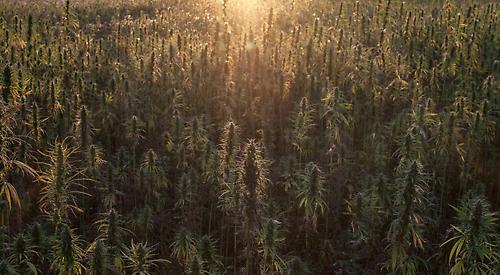 A HEMP farm in Goring Heath hopes to appeal agiainst a decision to deny it a licence to grow the crop.

Hempen is one of the largest hemp farms in the UK and is expected to lose about £200,000 worth of sales by destroying its crop after it was refused permission to grow it.

The not-for-profit company has launched a fund-raising drive so it can afford to put a legal case together.

In November, the Home Office said farmers could not harvest hemp flowers for cannabis oil, or CBD, so the company instead focused its growing efforts on seed and stalk, which can be used to make cold-pressed seed oil and hemp flour, among other products.

In December, Hempen reapplied for its hemp grower’s licence, which it had held for three years under its director James Norman, but this was rejected. The farm then destroyed 40 acres of its crop to remain within the law.

In a statement, Hempen said: “This decision has a far-reaching impact on our co-operative and all its operations, on us as a community and on all our customers and volunteers who help to keep our co-operative alive.

“We hope to appeal the decision as well as continue to work on a wider campaign to support British farmers to grow industrial hemp and save UK CBD production.”

The company said the estimated £200,000 paled in comparison to the potential £2.4million it could have generated were it allowed to harvest the flowers.

This included £480,000 that would have been tax for the Government.