Town on rise as bakers move in 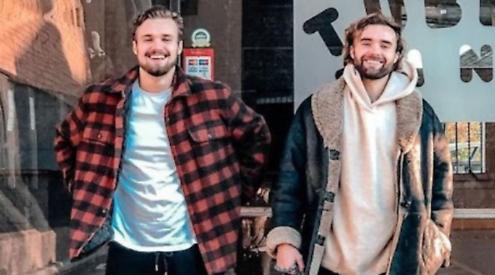 TWO bakeries, a takeaway restaurant, a wine shop and a holiday home lettings agency are opening in Henley.

Gail’s Bakery opened on Friday at the former H Café premises in Market Place, which closed in December after two years.

The business was founded in the Nineties by Gail Mejia under the name the Brad Factory and now has 47 outlets.

Meanwhile, bakery chain Ole & Steen is to take over the former Superdrug premises, also in Market Place, which closed earlier this year after four years.

The business, which specialises in Danish bakes, was started 30 years ago by brothers Ole Kristoffersen and Steen Skallebaek, who both had their own bakeries before joining forces.

They have 17 outlets in London and one in Oxford.

The openings means there will now be three shops in Market Place selling fresh bread following the launch of the delicatessen Pavilion in December.

Meanwhile, the former Tubbies Diner at Henley station is to
re-open next month with a new name and new owners.

Buddy’s, which will specialise in breakfasts and burgers, is a joint venture by brothers Josh and Charlie Beech, who are currently refurbishing the premises.

Josh, 27, said: “My brother and I both live in Henley, having moved up from north Devon where we ran a sustainable fish and chip company.

“We used river trout which Charlie, who is a classically trained chef, would use his tempura batter on and it was a huge hit.

“Our dad Daryl lives in Henley and I have lived here since I was 16. After we sold the fish and chip business Charlie moved here too and we have been looking for something to get our teeth stuck into.

“We thought the old Tubbies site was a perfect location for passing customers and it has space for people to pull up and get takeaway.

“We wracked our brains to think of something Henley was missing and we came up with the idea of breakfast and burgers.

“While Charlie has worked in Michelin-starred restaurants and five-star hotels, he does like the naughty side of food such as burgers. You will still be able to get a cooked breakfast but we will not be a greasy spoon like it was before.

“You will be able to get smashed avocado on sourdough and smoked salmon and cream cheese sandwiches, while in the evenings Charlie will be focusing on the burgers.”

Josh, who plays rugby for Henley Vikings, said: “I have another business which looks to remove microplastics from our environment and so, like we did with our fish and chips businesses, we will be using local produce, meaning there will be very little food miles and no plastic.”

Tubbies had been based at the station for 30 years but closed in July 2019 when the previous owner Jason Probets did not renew his lease with Great Western Railway.

Buddy’s is named after the family’s dog.

A wine bar called Chin Chin Henley! is to open at the former Naughty Mutt Nice shop in Reading Road, which has been empty since the dog grooming parlour moved new premises in the same street almost a year ago.

It will be run by Adrian Fry, who is passionate about Italian wine but will specialise in wine from around the world. The premises is currently being refurbished and is due to open by the end of this month.

Owner Emily Courtney, 32, of Sedgewell Road, Sonning Common, set up the company online in 2018 and now has more than 25 properties on her books where you can stay for up to three months.

These range from small houses to riverfront properties that sleep 21 people and are located in and around Henley.

Miss Courtney said: “I’m like an estate agent for holiday rentals. I have been running it since 2018 but this is the first time we have had an office space.

“We will use it to greet customers but also as a storage space for linen, towels and other things, which before would be in a storage unit. At the front we will have a digital display of the properties that are available.”

Miss Courtney grew up in Frieth and went to Gillotts School in Henley and The Henley College. She worked as an estate agent for 15 years and has also worked for developers in lettings, sales and property management.

She said: “My first ever job was at Chancellor’s and now I am almost next door to where I started. I always wanted to have my own business and when I spent time working in Brighton I realised how much money you could make so I started to create a property portfolio.

“The pandemic was difficult but at the same time we were lucky because people were in between homes when estate agents were forced to close. I also had quite a lot of Americans who had come over looking to stay for three months. I think the staycation boom is levelling out as people can go abroad now.

“I have really pushed the business and myself over the last year and while at the start I used to do everything myself, I now employ in-house cleaners. It is a seven-day a week job, on call to about 11pm each night but I enjoy it.”