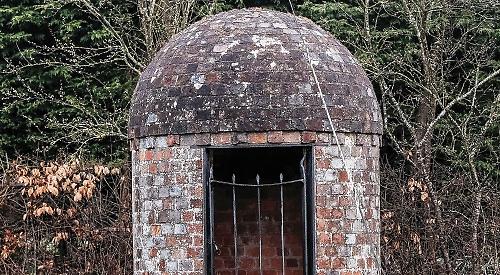 It includes Keeps Well, which is is one of several in this area but is a particular eye-catcher as it’s right next to the road as you come up the hill from Shiplake.

It’s made from brick and concrete and has a domed roof and an iron gate to prevent any mishaps.

According to the information board there, it was built in the late 19th century partly for the use of nearby residents but mainly to supply water for the vegetable garden at Holmwood, the house on the other side of the adjacent brick and flint wall.

The owner of this grand property and estate, Admiral Charles Swinburne, had to pay Shiplake Parochial Church Council 12 shillings and six pence a year (62p in today’s money) for the privilege.

Other sources claim that an earlier owner of Holmwood, Colonel William Boyle, had the well built in 1724.

Whichever account is accurate, the well was rebuilt in the Eighties anyway after being demolished in an accident involving a tractor.