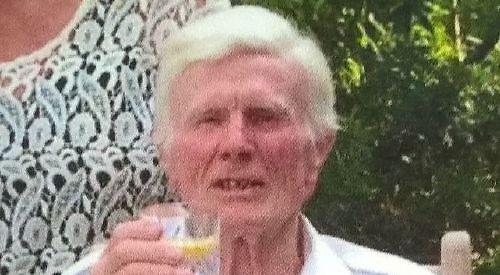 POLICE have recovered a body, believed to be that of pensioner Frederick Lawson, from the River Thames at Shiplake today (Friday).

He is believed to have left his home to check on his boat.

The body was discovered by a member of the public at about 10.40am.

A statement from Thames Valley Police said: “The body of a man has been found in the River Thames at Shiplake.

“The man is believed to be Frederick Lawson, who was reported missing this month, although formal ID is yet to take place.

“Mr Lawson’s family has been informed. Our thoughts remain with them at this time.”

The river was higher and flowing faster than usual at the time of Mr Lawson’s disappearance due to heavy rain in the days beforehand and a flood warning was issued on the morning he vanished.

Firefighters searched the river in a boat while police officers walked the towpath and other paths in the area. A police helicopter flew between Shiplake Lock and Marsh Lock for several hours to assist the search.

Staff from the Environment Agency, which is responsible for the river, also helped, as well as specialist divers who searched the Thames.