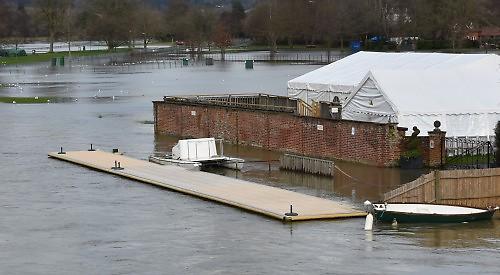 PLANS have been drawn up to replace the decking at Leander Club in Henley.

The rowing club says the current structure is dilapidated.

The work would involve installing a new upper and lower deck.

Leander is located within the Remenham and Henley Bridge conservation area and the club says the design would be “sympathetic and in keeping with the existing scale and character”.

In an planning application to Wokingham Borough Council, it says: “As the site occupies a prominent position on the west bank of the river, careful consideration has been taken throughout the design process to minimise the impact on the surrounding area.

“The proposed decking area is located immediately behind the perimeter wall and will be largely hidden from view.

“The decking will be visible in shorter views northwards adjacent to the riverside gated entrance to the club. However, as the character is being retained and the quality of materials enhanced, this will remain in context with the surrounding area.”