Viva more than passes the test 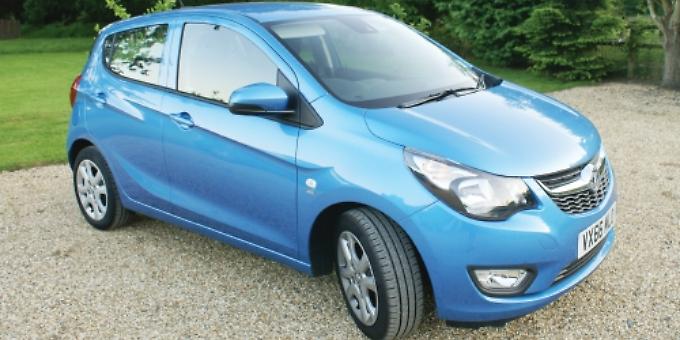 THE Vauxhall Viva and I go way back to the first “office” car I ever drove as a young reporter.

In fact, that Vauxhall Viva almost proved to be my nemesis. In the somewhat over-enthusiastic way young drivers tend to behave, I nearly came a right cropper.

On a long bend in the wet the Viva went into a slide — a slide I did not believe I would come out of without flipping the car over.

But at the last second the Viva turned into the skid and righted itself. Thanks, I believe, to its wonderful Michelin X tyres — descendants of the original “radial” tyre developed in 1946.

So I have never forgotten the Viva and was therefore intrigued to see that Vauxhall has revived the model name.

The 2017 Viva I have been driving this week of course bears no relation to the Viva I drove in another age.

Vauxhall’s original Viva was made from 1963 to 1979, and the carmaker says reusing the name pays homage to its strong brand antecedents.

But its great appeal will be to the pocket of young drivers, as prices for this new car start at £8,000.

There’s room for up to five people at a push, although there is a surprising amount of interior space.

I don’t know whether this is a trick of the light, but many modern small cars seem by design to have larger-than-expected interiors — and the new Viva is no exception. Its looks are deliberately 21st century: large headlights and taillights and clean design lines in keeping with Vauxhall’s much improved model range.

The new Viva is available in 10 exterior paint colours with a variety of 15- to 16-inch wheels.

One instantly impressive feature is that this car has a great little engine.

Also a feature of Vauxhall’s Adam and Corsa models, the Viva is the latest car to have the new 1.0-litre three-cylinder ECOTEC engine.

This engine, says Vauxhall, achieves up to 65.7mpg on the combined fuel economy cycle, with CO2 emissions of 99g/km.

In human activity, climbers who have a good power-to-weight ratio are the most likely to succeed because they have less body weight to heave up a cliff face.

In similar fashion, cars such as the Viva that are built in a compact way can perform very well if the engine is good enough.

The three-cylinder Viva engine is very good. It is made from light aluminium and Vauxhall says “has better running characteristics and noise emission than some four-cylinder units”.

What this engine does display, together with the slick operation of its five-speed gearbox, is a punchy performance. The car is always willing to take on all kinds of roads and conditions.

I think it might struggle a bit on performance with five people and luggage on board.

However, the striking thing about this new Viva and its excellent 1.0-litre three-cylinder ECOTEC engine is that it is always ready to have a go.

And that must get the vote of young drivers.

For the technically minded, this performance from the 1.0-litre ECOTEC is achieved because it has four valves per cylinder, controlled by two overhead camshafts.

The camshaft control is variable for the intake and exhaust sides, and combined with port injection ensures optimised gas exchange throughout the entire rpm range.

What that means in plain language is exactly what is attractive about this engine — that it never stops trying to please, performance-wise.

Indeed, the Viva’s one-litre engine is part of Vauxhall’s large-scale “engine offensive” which started last year and will bring 17 new ultra-modern powertrains to market before 2018.

Standard on SL trim and as an option on SE will be the personal connectivity and service assistant OnStar — which allows drivers to contact emergency services, roadside recovery and smartphone remote control.

In addition, when equipped with OnStar, the Viva becomes a Wi-Fi hotspot, enabling up to seven devices to be connected.

OnStar is also there in case of an emergency — whether you can ask for it yourself or not. For example, if an airbag deploys, OnStar will be alerted automatically. An adviser will then contact the subscriber to determine whether help is required. If there is no response, emergency responders will immediately be sent to the exact location of the vehicle.

My little story at the top of this article seems a world away from the Viva I’ve just described — as it should be.

On all fronts, safety, efficiency, and performance the world of cars has changed dramatically since the Viva first appeared. Which is no bad thing.