New member is a big addition to the family 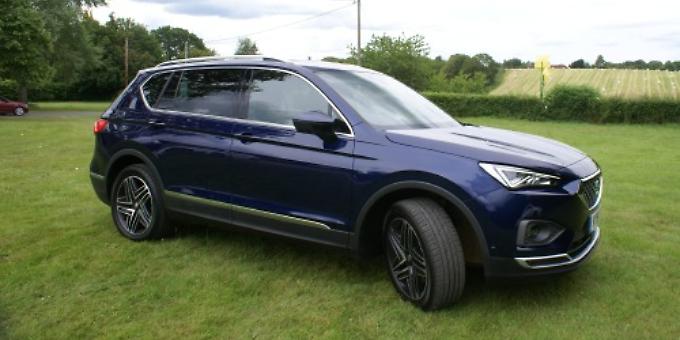 THE television soaps are always going on about how important “family” is to the smooth running of everyday life.

Of course in TV soaps nothing ever runs smoothly, especially family matters, which necessarily have to be fraught with drama.

Carmakers, too, are keen on perhaps a quieter concept of family. And what is on trend, as they say, is the creation of families of SUVs (sport utility vehicles).

For example, in the Seat model range you have the Arona and Ateca, the smallest and medium-sized SUVs respectively).

And now comes the Spanish carmaker’s biggest SUV to join the family — the new seven-seater Tarraco.

It is no accident that Seat is keeping it in the family. This SUV drive forms part of Seat’s 3.3 billion euro investment between 2015 and 2019 in the brand’s future.

Seat’s declared ambition has been to launch one new car every six months until 2020. One of those vehicles being this week’s drive, the Tarraco.

To my mind, Seat’s biggest asset with this car — as with its model range — is its price.

From a starting point of £28,335 (on the road) you get a lot of car for your money. The Tarraco comes in four trim levels: SE, SE Technology, Xcellence and Xcellence Lux. FR and FR Sport will be added at a later date.

I have been driving the Seat Tarraco 2.0 TDI Xcellence 4Drive 190 PS with seven-speed direct-shift gearbox.

I think the latter is essential with these large SUVs — it is smooth and offers help and more comfort for the driver, especially on long drives.

Next year a plug-in hybrid version will be available.

As a sign of the times, all these engines benefit from direct-injection, turbocharging and start-stop technology.

The 4Drive also helps the driver in challenging conditions when the car has good traction.

Of course, in such a large SUV there is no shortage of space with a big capacity for carrying loads with the various seat positions applied.

All trim levels have a 10.25-inch Seat digital cockpit and eight-inch floating central display. There is a choice of seven metallic and solid exterior paint colours that are all included in the on-the-road (OTR) price.

With this car, as with the Ateca, I especially like its ease of passage — that is, the unfussy drive allows the driver to relax and cope well with long journeys.

The driving position, as with all SUVs, is high and commanding. I like to see these larger SUVs in their best light, with all the comforts that make driving more bearable.

These include park assist, an electric tailgate with virtual pedal, and top view camera system in the Tarraco’s technology line-up.

Lighting technology is also important to the Tarraco’s design. To this end the SUV uses 100 per cent LED technology throughout the exterior and interior as standard on both the Xcellence and SE-based trims.

The Tarraco has a large eight-inch floating central display that integrates Seat’s Full Link technology. This provides connectivity between smartphones and the vehicle, incorporating Android Auto and Apple CarPlay.

The interior feels very roomy both in the front seats and passenger areas. You get the feeling this kind of treatment on the SUV’s interior design is at a level of quality normally found in more expensive SUVs, which of course is another plus for Seat.

What’s in a name? Well, this one comes about in a democratic way — the car was named after the Mediterranean city of Tarragona.

Tarraco was chosen by a popular vote. More than 146,000 people took part in the final phase of a competition on social media.

Seat is definitely on a roll and one that seems likely to continue. In the UK, Seat broke more records last year, selling 62,863 vehicles, 12 per cent more than in 2017.

Seat’s president Luca de Meo says: “Seat is experiencing its biggest product offensive in recent times. The introduction of the Tarraco, our first large SUV, forms part of our 3.3 billion euro investment between 2015 and 2019 in the company’s future and the range of vehicles we offer.”

He added that the Tarraco “completes our family of SUVs”.

By producing cars such as the Tarraco and others in its new SUV range at attractive prices, the carmaker has more than a fighting chance of again proving a popular buy in 2019-20.