Post-pandemic Rewind was most satisfying yet 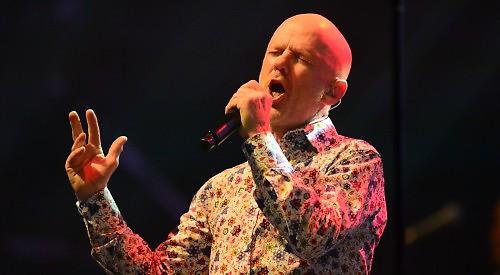 IF ever proof were needed that the British people needed to let their hair down — or hairspray it up — after the events of the past 18 months, you could find it in abundance on Temple Island Meadows at the weekend.

Now in its 12th rocking year, Rewind South this time around felt like the happiest place on earth.

This is precisely the kind of event for which we have waited patiently in anticipation during what seemed like an eternity.

Although heavy rain was forecast on Saturday, this never really materialised but for a temporary opening of the heavens following Queen Symphonic.

The pop-orchestra combo pumped out stellar arrangements of Freddie and Co’s classic rockers while setting an upbeat tone for the rest of the weekend.

Hue and Cry followed with a string of jazz-infused hits, including Violently and the band’s signature Labour of Love, all underscored by impeccable session-grade playing by the accompanying band. A real surprise and perfect for afternoon chillaxing.

Possibly no one person is more associated with the sound of the Eighties than mixing-desk maestro Trevor Horn.

As well as the being frontman for The Buggles and Yes (the Drama album), the immensely talented musician/technician was responsible for co-writing and producing some of the most iconic acts of the decade and beyond, including ABC, Frankie Goes to Hollywood, Malcolm McLaren, Propaganda, Seal and Simple Minds.

The Trevor Horn Band meted out studio-precise song arrangements, including Yes’s Owner of a Lonely Heart, Grace Jones’s Slave to the Rhythm and Frankie’s Two Tribes.

Set-closer Relax sent the crowd into spasms of frantic singalong joy and reset the bar for everything that followed.

Luckily, R&B titan Billy Ocean is more than qualified to pick up the mantle where the last megastar left off and the Henley danceathon now went into overdrive.

Ocean lent his magnificently well-preserved voice, combined with crowd-pleasing audience engagement, to a run of radio-friendly hits including Get Outta My Dreams, Red Light Spells Danger and When the Going Gets Tough.

After John Parr’s atmospheric and evocative Man in Motion from the film St Elmo’s Fire (1985), Clare Grogan took to the stage with Altered Images.

She and the band’s repertoire still retained that charming sense of frivolity and eccentricity, with such instantly recognisable hits as Happy Birthday and Don’t Talk to Me.

Seemingly now a mainstay of Rewind is the songwriting genius of Nik Kershaw. The solo artist once again brought the house down with The One and Only, the number one hit he penned for Chesney Hawkes.

We certainly witnessed the DJing and sampling skills of one Joseph Saddler, aka Grandmaster Flash, but given the festival’s retro characteristics, perhaps we would have preferred to hear the highly influential hip hop pioneer drilling his way through old club favourites The Message and New York, New York.

Instead, in between abruptly terminated samples, we were repeatedly asked, “Are you with me, UK?” Don’t worry, Grandmaster, the UK is with you.

Headliner of the evening was Jimmy Somerville in floral shirt, strutting his way through numerous Eighties hits supported by his characteristic falsetto register vocals.

The set finale was a version of the Giorgio Moroder-Donna Summer smash I Feel Love — only this time complete with the chorus of AC/DC’s hard rock classic Highway to Hell.

Among the sideshows at this year’s festival were the now fabled inflatable church, the hilarious silent disco, plenty of pop-up food trucks and the indispensable Riverside Stage.

For late evening entertainment, a superlative locally based act known as Coyote 80s Mixtape played back-to-back cover hits from the Eighties and Nineties with amazing proficiency and impressive musicianship. They could easily have merited an early slot on the main stage.

With the sun breaking through clouds during the early afternoon of Sunday, an inspired opening performance by Aswad was followed by Peter Hook and The Light.

The co-founder and bassist of both Joy Division and New Order, Hook blasted Temple Island Meadows with perhaps the most famous extended club track of the Eighties, Blue Monday, to shrieks of approval from the audience.

Within their allotted 30-minute slot, the band totally encapsulated the sun-drenched vibe of the day.

Charlotte Kelly wowed the crowd with her belting voice as she shimmied through a string of the outfit’s most famous hits with ice-cool ease, all backed up by virtuoso playing. A joy to behold. NASA spacesuit-clad Pete Wylie of The Mighty Wah! reset his profile with an audience that might have overlooked some classy songs of the Eighties, namely Sinful and The Story of the Blues (Part One), while Katrina Leskanich of Katrina and the Waves rocked the mosh pit to the core with Walking on Sunshine.

The festival thankfully welcomed back The Christians with their trademark thinking man’s pop hits Harvest for the World, Forgotten Town and Hooverville. Garry Christian radiated his usual unruffled demeanour with vocals clearly still in check. A class act in every respect.

Limahl arrived on stage still looking fresh-faced with three-piece suit and flattened mop, in total contrast to our early Eighties perception of him.

Responsible for the first 20,000-strong singalong of the day with Giorgio Moroder’s Never Ending Story, he also delivered an energised performance of his first solo single Only for Love and, of course, Kajagoogoo’s Too Shy.

Marc Almond commanded proceedings with his customary charisma and delighted the Rewind crowd with Gene Pitney’s Something’s Gotten Hold of My Heart before rousing the mob into offering up the most colossal choruses of the weekend with Soft Cell’s Tainted Love and Say Hello, Wave Goodbye.

With Sara Dallin and Keren Woodward the current two surviving members of Bananarama, and the Rewind All Star Band closing out its two impeccably played backing-duty marathons, the penultimate act of the festival was aptly chosen.

While someone should perhaps ask them to try smiling a bit more often, it was great to hear the likes of Cruel Summer, Robert De Niro’s Waiting… and Love in the First Degree again.

Supported by keen-eyed graphics on the central jumbotron screen and the lighting designer’s final colourful fling, the band ploughed through a catalogue of well-known favourites such as Love Is All Around, Sweet Surrender, With a Little Help from My Friends and Goodnight Girl.

The band created a vast and layered sound, with tight playing and stunning guitar work from Graeme Duffin.

This must have been the most satisfying Rewind South to date.

Visitors from Newbury attending their first ever Rewind described the weekend and the glorious setting to me as “perfect” and are already planning to bring 20 business associates along next year.

Congratulations to all on this welcome return to normality and a truly wonderful weekend.