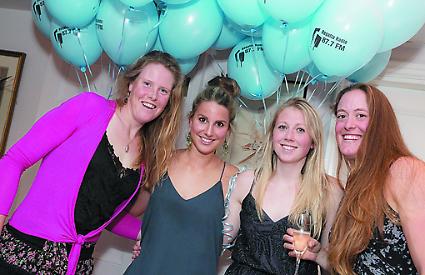 AN appeal to raise £25,000 to keep Regatta Radio on the air has almost reached the halfway mark.

More than £10,000 has been raised in a week since the fundraising drive was launched and the station’s directors say they are confident they will raise the remaining funds by their deadline of Monday.

The appeal was launched after the pop-up station’s major sponsor Invesco Perpetual withdrew its support, saying Regatta Radio did not meet its new funding criteria.

A fundraising dinner on Thursday last week raised more than £9,000 while online donations have totalled £1,730 so far. Station chairman Peter McConnell said: “That gets us almost halfway. We are pretty confident that we will get the rest of the way there.

“We very much want people to carry on contributing as it makes a real difference.