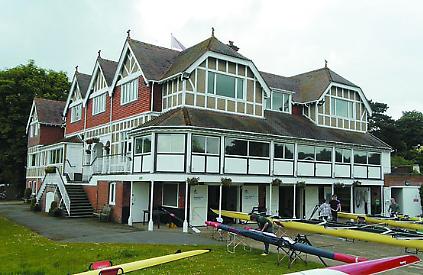 ROWING Clubs in Henley have been disrupted by the coronavirus tier restrictions.

Leander Club, Henley Rowing Club and Upper Thames Rowing Club are in tier 4, the highest, which limits the amount of activities that can take place.

Mark Banks, director of rowing and head coach at Leander Club, said: “All the athletes have gone home and those who would usually train at Leander have been given an ergo.

“It’s a different story with the elite athletes as they can still train as they have been at the rowing lakes in Caversham which is fully covid-compliant.”

Helen Turnell, who chairs Henley Rowing Club, said the club remained open to those who travelled from within the same tier.

She said: “We are open to those who are able to get here within their tier but we are rowing in single household boats, which is typically a single.

“We have a lot of juniors and there is an organised sport exemption for them so we have been able to offer them more group training outdoors.

“Our junior programme is currently winding down for the Christmas period but the club is open to those who can access it.

“We recognise that rowing is important for people’s health and wellbeing and unfortunately, with half of our members living in Henley, which is currently in tier 2, they can see the river but they can’t go on it because you shouldn’t leave the tier you are in.”