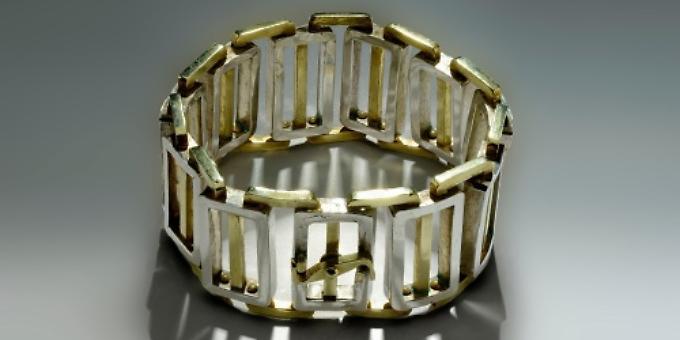 FIFTY years ago, on July 1, 1969, the Prince of Wales’s investiture at Carnarvon Castle, brought to the public’s attention a highly talented and exceptional craftsman, little known to the general public at the time.

Although not a familiar name to most even now, Louis Osman (1914-1996) was the goldsmith chosen by the Goldsmiths’ Company to create the crown for the occasion of the investiture, creating a highly original crown to meet Prince Charles’s requirement for a “crown of our time”.

Mayfair auctioneers Dix Noonan Webb have a special interest in Louis Osman, having been privileged to sell the personal archive of Louis Osman on behalf of his daughter, in March 2018, where record-breaking results were achieved at the auction.

This included the sale of one of the original 12 golden moons created by Osman after the Apollo moon landing of July 20, 1969, which put the first man on the moon. Osman’s 22ct gold and diamond set “moon” sold at auction for £26,400.

The second part of this archive came to auction the following year, in March 2019, with Dix Noonan Webb offering further pieces from this family collection, plus other significant examples by Osman from other vendors.

Now established as the leading auction house for Louis Osman’s works, having offered more works by Osman than any other auctioneers, DNW are now delighted to be offering a further unique piece by the designer in their forthcoming jewellery auction.

An individually commissioned 22ct gold and Britannia silver bracelet, made in 1977, will be offered for sale in the firm’s Tuesday, September 10, auction to be held at their Mayfair auction rooms.

Estimated at £3000-£5000, the stylish bracelet is expected to attract considerable interest from the many collectors of Osman’s work.

In the meantime, Dix Noonan Webb will be holding a jewellery, coins and medals valuation day at Phyllis Court, Marlow Road, Henley, on Thursday (July 25) between 10am and 4pm.