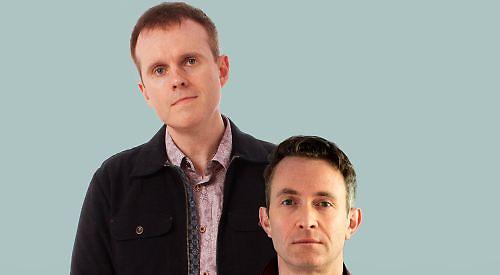 TWO of Britain’s leading social commentators are joining forces to tackle what they see as the problem of political “wokeness”, writes Matthew Wilson.

This summer will see Andrew Doyle and Douglas Murray declare war on social justice warriors with a UK theatre tour that visits the Hexagon in Reading on Wednesday, May 27.

Each show will feature a conversation, along with an extensive audience question and answer session, in which the pair will consider how best to resist the rise of the woke mindset and the challenges it presents to individual liberty, intellectual diversity and free speech.

A spokesman for the show, which will be hosted by Swansea University academic Ashley Frawley, said: “For many, the social justice movement is a kind of cult.

“Although well-intentioned, most of these new ‘woke’ activists have an unshakeable certainty that their worldview is correct.

“They feel the need to identify and cast out the sinners in our midst, insisting that redemption is not possible.

“And even though they are capable of the most horrendous acts of public shaming and bullying behaviour, they think they are the good guys.

“So join Andrew Doyle and Douglas Murray as they consider how best to resist the rise of the woke mindset.”

Andrew Doyle is a writer, comedian, and one of the UK’s foremost political satirists. As well as creating Twitter sensation Titania McGrath, until recently he was the co-writer of Jonathan Pie. He is also the co-founder of Comedy Unleashed, London’s free-thinking comedy night.

Douglas Murray is an author and journalist based in Britain. His latest book, The Madness of Crowds: Gender, Race, Identity, was published in October and immediately became a Sunday Times bestseller.

• Tickets for “Resisting Wokeness” at the Hexagon are £32. The event, which starts at 7.30pm, is recommended for ages 16 and up. To book, visit www.
whatsonreading.com or www.resistingwokeness.com