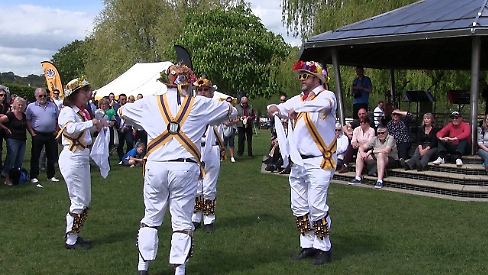 THIS year could see the last of the Henley May fair. Henley Round Table, which has run it for more than 20 years, says a 50 per cent cut in a council grant has made the event no longer viable. Each year hundreds of people attend the fair in Mill Meadows, helping to raise thousands of pounds for charity.

Police are hunting five women who took a child when they went shoplifting. The gang walked into the Jaeger shop in Riverside, Henley, and took £2,000 worth of clothing. They were seen climbing into a silver 4x4, which was parked opposite the shop and had a young child in the back seat.

The congregation of Catholic priests who have lived at Fawley Court for 55 years have decided to put the property on the market for £22 million. The Marian Fathers currently use the property for regular mass for Polish Catholics as well as a retreat and conference centre. However, mounting costs mean that they have to relocate to London.