Artist offers discount on painting of veteran for display 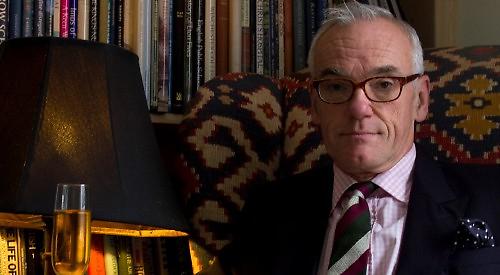 A PAINTING of a Second World War veteran from Watlington may be bought for the town.

He was painted by artist Mark Draisey last year and was depicted wearing his medals while collecting for the Poppy Appeal, which he had done for more than 40 years.

Now the parish council is considering a suggestion that the town might want to buy the oil painting and put it on permanent display.

It has previosuly been exhibited at the Bella Luce light shop in High Street.

The council is to approach the Watlington branch of the Royal British Legion about the idea.

Chairman Matt Reid said Mr Cook deserved to be remembered and Councillor Tim Horton, who is a committee member of the Legion branch, said friends of Mr Cook might be interested in making donations.

He had been “much respected” in the Legion.

Mr Cook, who was registered blind, was well-known in the town and led its Remembrance Sunday parade. He was part of the march at the Cenotaph in London last year and in 2018.

Mr Draisey asked to paint him after spotting him collecting for the Poppy Appeal in High Street.

He said: “He was so well respected and everyone seemed to know Ken. Given the two options of it sitting in a room full of other paintings in my house or it being on permanent display somewhere in the town the second choice is better for everyone. I’m willing to let it go for considerably less than I would have charged had someone commissioned it.”

Mr Cook joined the Royal Navy in 1942 and served in the Mediterranean, minesweeping along the coasts of Italy and Greece during the war. He took part in various missions, including the invasion of Anzio in 1944. He left the navy in 1946 and lost his sight in later life due to macular degeneration.