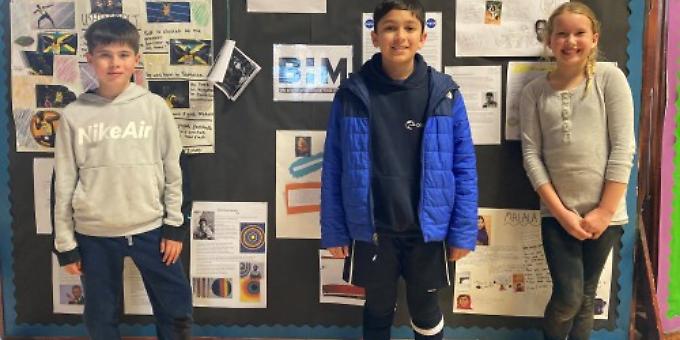 DO you know the name of the first African American women in space? Or the historical significance of John Blanke? Or that more people in Africa speak French than in Europe?

This year, the Dolphin School timetable went “off-script” for a full week in its celebration of black history.

Although traditional topics such as the slave trade and blues music are already built into the curriculum, the school has been inspired by the work of Old Delphinian Kimberley McIntosh to explore new avenues, unfamiliar faces and narratives. Thus arose our theme for the week — Black History: Untold Stories. Amongst a smorgasbord of other activities, reception class pupils listened to the story of Anansi the Spider, performed in traditional costumes.

Years 2 to 5 studied Mae Jemison, making their own astronaut figures and firing them into space.

Year 6 listened to Deanna Rodger’s evocative slam poem, Being British, before creating and performing their own.

Years 7 and 8 explored the history and geography of the Windrush generation alongside extracts from Small Island.

Together in our mid-week assembly we discussed the implications of the phrase: “You can’t be what you can’t see”. We hope that our work starts to redress this phenomenon.

Dolphin School in Hurst is an independent day co-educational school and nursery for boys and girls aged three to 13.

For more information, call 01189 341277 or visit the school online at www.dolphinschool.com

Help to keep up with studies

WITH students having missed a lot of school because of the coronavirus pandemic, many are probably ... [more]

DO you know the name of the first African American women in space? Or the historical significance ... [more]

Sixth form sets up students for life outside the classroom

AT the Piggott School in Wargrave, we believe your sixth form education is a journey of ... [more]