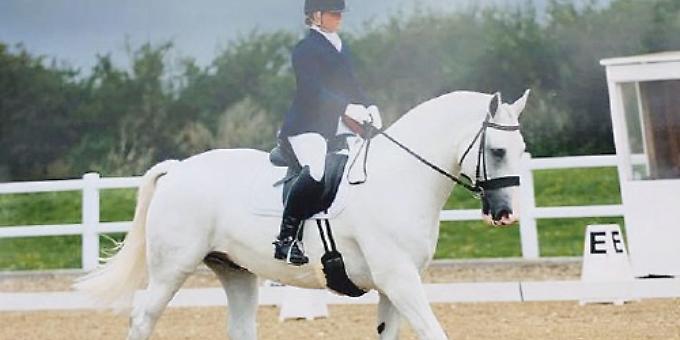 Juddmonte Stud, sold earlier this year — previous owner Prince Khalid bin Abdullah of Saudi Arabia — will be changing its name to Cayton Park Stud under the new family owners. Some may recall that the stud used to be called Cayton Park. The plan is to continue a thoroughbred breeding programme.

Success at Bury Farm, with Cheryl Stacey being named preliminary regional champion on her trusted Mannanan Cool Customer — also known as Frosty. Based at Rosehill, Cheryl (pictured above) is normally seen in the ribbons in the showing world, but is clearly doing equally well at dressage!

If there is a substantial amount of “banging” going on while making the usual purchases at Equestrian World in Peppard, it’s because they’re currently undergoing extensive building work as part of an expansion project.