Dressage winners will soon be flying the flag 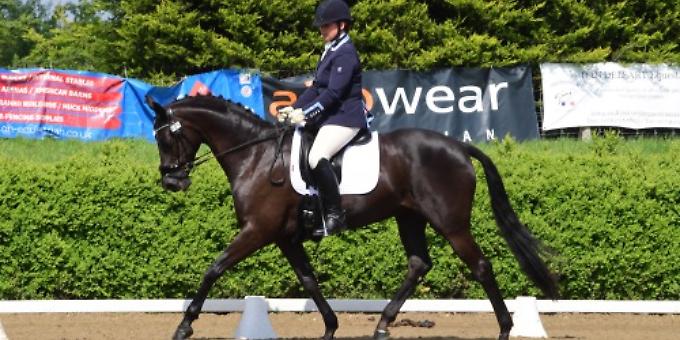 Sam, who is ecstatic at this news, has been involved with horses all her life — although she only started affiliated dressage five
years ago.

Sam, who works in Marlow, is enjoying a year of success. She has won at the British Dressage Senior Inter Regionals and also won at Petplan Area Festivals whilst riding Lotus — full name, Holme Grove Lotus — whom she has had on loan since April 2017.

The beautiful Trakehner mare is 16 years old and has bred one foal and was previously a much-loved family nanny to various youngsters at the Arabian Stud who own her.

Sam said: “When I got her aged 14 she hadn’t ever done dressage but she has taken to it like a duck to water and is the most amazing horse.” However, as invariably can be the case in terms of horse success, it hasn’t all been plain sailing.

Lotus unfortunately sustained an injury in June 2018 and therefore wasn’t able to come back to work until January of this year.

Furthermore, Sam was also diagnosed with ear cancer and had to endure five weeks of intensive radiotherapy — but is delighted to report that she has been given the all-clear.

After competing and winning at two shows, Sam says: “I am aiming to qualify and take him to the winter regionals. Being lucky enough to ride Erik has helped me enormously with my training on Lotus.”