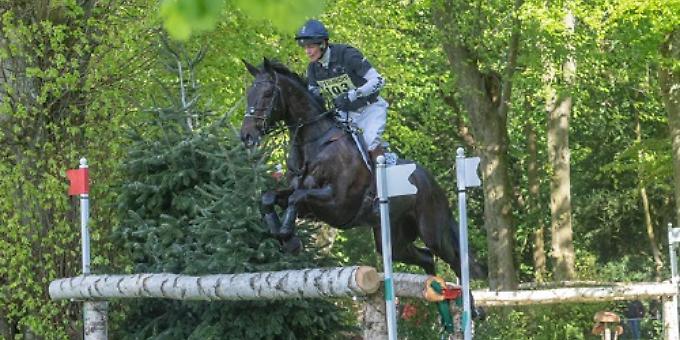 LOCAL horse owner Lucilla Ward’s horse Oratorio II — Rio to his friends — has not only recently completed the infamous Badminton course held at the home of the Duke of Beaufort, but was placed in 13th position which rarely happens with a relatively novice horse.

“Rio was a test tube baby,” explains Lucy. “His sire was called ‘Oslo Biats’, who was one of William Fox-Pitt’s top horses and who also went to Badminton with him.

“Rio was ridden by Laura Collett originally but she is tiny and he is 17 hands so she couldn’t handle him — so I offered him to William, who really liked him. His show jumping was his weakest phase, but now he is beginning to make a better shape over fences.”

Badminton hasn’t been Rio’s only success, as he came second by a fraction of a point at Blenheim. This meant that William decided to enter him for Badminton.

Lucy says that she was horrified, believing he wasn’t ready, and had wanted him to be entered for his first five-star event at Burghley in the autumn.

All Lucy wanted for him was to be safe and finish the cross country, which as any rider knows can be daunting. I didn’t care if he bucked in the dressage and had every show jump down, as long as he finished the cross country,” says Lucy.

“He did an average dressage and was lying 35th, but after doing a beautiful clear cross country with a only a mere couple of time penalties — he is nothing if not fast! — was lying 12th overnight.

“The next day in the show jumping and he had one down, which William readily admitted was his fault, and ended up coming 13th. None of us could have been more delighted. It was also wonderful for William to have two horses in the top 20 in his first Badminton after his dreadful accident.”