Henley rider is off to the Horse of the Year Show 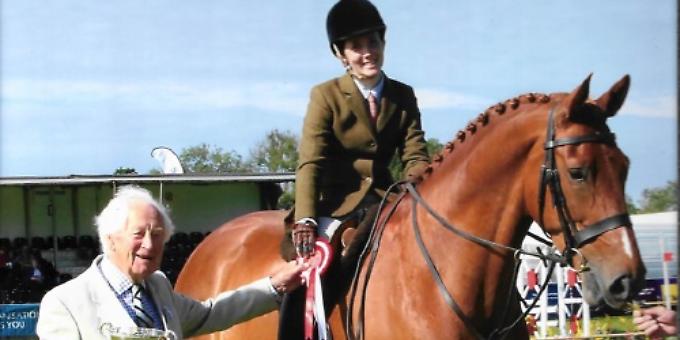 HENLEY equestrian Daisy Smith has just qualified for the Horse of the Year show at Birmingham’s National Exhibition Centre.

The pair qualified for the Cuddy Working Hunter category following their performance at the Kent County Show earlier this month.

Daisy said: “I last won at Kent nine years ago and never thought I would be back. I have gone through a massive crisis of confidence after a riding accident, traumatic birth and PTSD, and so to be riding at this level is incredibly special to me.”

Last year Jack had a different rider and Daisy was working away behind the scenes, while writing a blog about her journey for all those that suffer with nerves.

Jack, who is kept at Lady McAlpine’s Brackenhill Stud in Fawley, surprisingly competed in a snaffle and Daisy does not wear spurs nor carry a whip. Judge Jane Cooper is a hunting tradionalist and no doubt would have enjoyed seeing a mannerly ride without superficial aids.

Daisy added “A big shout-out for my mum, who lives in Ancastle Green and who despite commuting from London gets off of the train and is straight to the stables to brush and generally groom Jack.”

Indeed, Daisy jokes that sometimes she thinks that her mum loves Jack more than she loves her!

However, in all seriousness, although the pair are currently jumping one metre 14, the jumps at the Horse of the Year Show can add a further 10cm at the final stage and Daisy will be competing against professional riders.

To follow Daisy and Jack’s adventures, visit her blog at www.howveryhorsey.co.uk

Daisy also vlogs on YouTube as “How Very Horsey”.